Twas the Myth Before Christmas 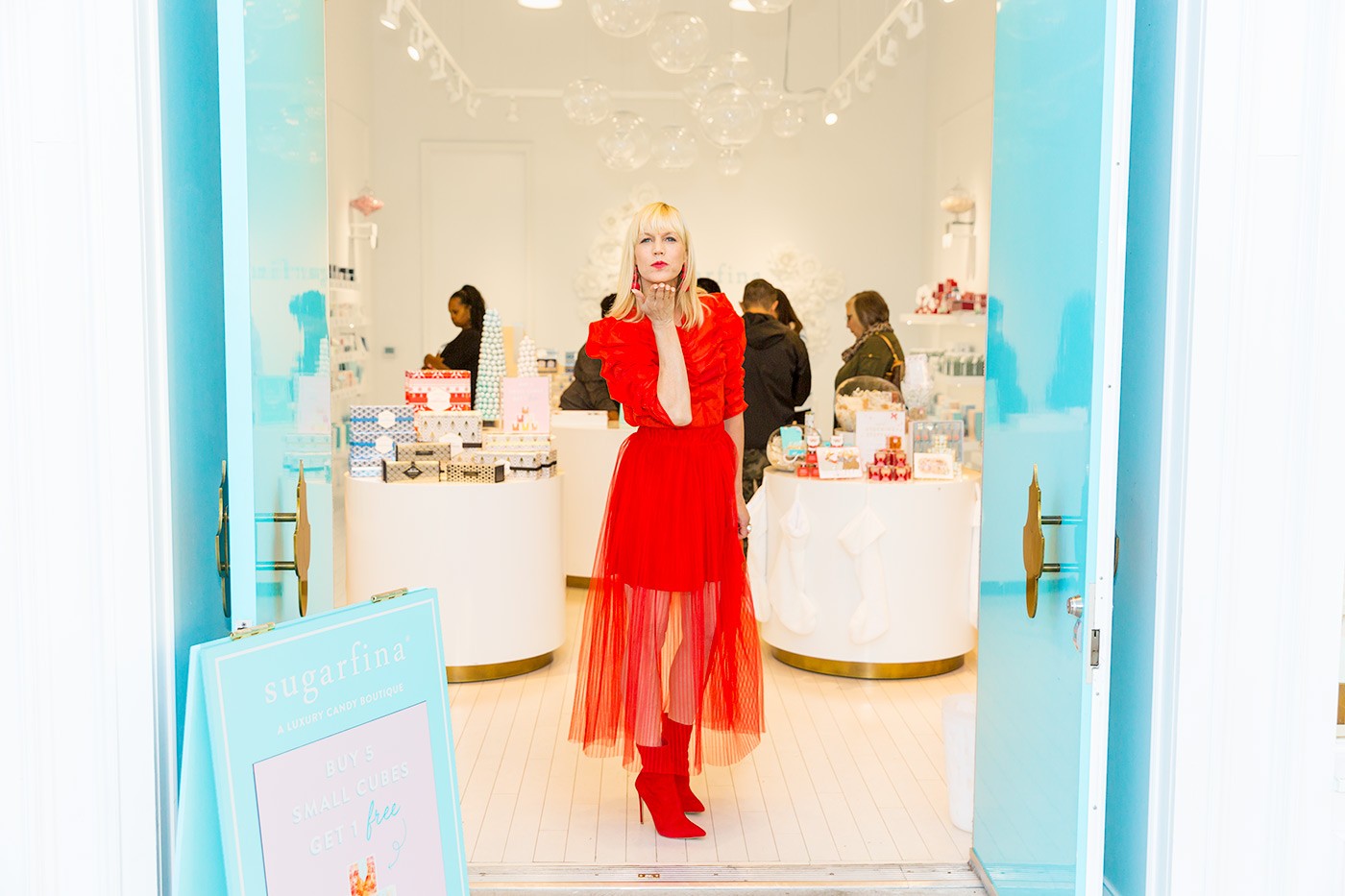 “To be honest, the holidays have always been a mixture of joy and a healthy dose of trepidation and anxiety. There’s still a little girl inside of me that wants to believe there’s a Santa Claus.“ – Catherine Grace O’Connell

Are you holding onto Santa Claus like me? I know there’s a little girl inside of me that clings to the Norman Rockwell version of the holidays and the myth of Santa Claus. Yet, if your life has been anything like mine, those picturesque paintings don’t exactly ring true.

I don’t actually recall the moment I learned there wasn’t a Santa Claus. The sound of Christmas Carols echoing through my satellite radio brings with it a sentiment that’s both happy and sad at the same time.  Christmas is presented as a time of joy and elation, yet if I were to be brutally honest (which I usually am) one moment I’m uplifted by the joy that “should” be Christmas. Another moment, I come crashing into reality and the truth, and the paradox of worries that tend to be part of the holiday season.

Somehow, I sense I’m not alone in a powerful mix of emotions that are stirred within, this time of year. There’s that perfect picture of what Christmas is supposed to be. Family and friends gathering round, an abundance of laughter and joy filling the home, while the crackling fire burns and visions of sugarplums dance in the hearts and minds of little ones. Over the years, I’ve rushed around desperate to create something that resembled Norman Rockwell although I always seemed to fall short.

What I’ve learned about the holidays having reached midlife is that it ain’t what it’s cracked up to be. Sometimes I wonder if Mr. Rockwell was on a psychedelic acid trip. I don’t know about you, but if I’m honest, the holidays have always been a mixture of joy and a healthy dose of trepidation and anxiety. That little girl inside of me that wants to believe there’s a Santa Claus? That’s the same little girl who’s waiting for her white knight on a horse or her Prince to arrive via chariot. She’s still missing a glass slipper and her daily transportation more closely resembles a pumpkin rather than a sparkling carriage. Her Fairy Godmother must be under Harry Potter’s spell of an Invisible Cloak as she’s nowhere to be found.

I sense I’m not that different from many of you as there’s this intense pressure in our culture to continue to pretend it’s all perfect. We’re surrounded by constant advertising everywhere we turn. The media is filled with what the holidays are supposed to look like. We not only pretend it’s perfect, we end up on this desperate quest of perfection to keep the façade up at a huge cost. A cost to that very joy we are desperate to find. The joy that exists deep within and can only be found in the present moment. And I do mean the present moment…not the “gift” present moment. Presence rather than presents is where joy is found. The magic of Christmas isn’t what we’ve been sold through paintings, Christmas movies or commercials on TV. The magic of Christmas is found in the celebration of a birth and a new beginning. It’s found in the hearts of little children and the innocence we hold onto.

One thing I’ve learned is that my Prince or White Knight probably isn’t going to show. I’ve also learned that Santa Claus isn’t real, yet that doesn’t take away from the real magic and meaning of Christmas. Embarking on midlife has taught me a lot. It’s taught me that there was a lot of wisdom in the Velveteen Rabbit and being real means being authentic. It also means letting go of perfect as we are all a bit tattered and torn which only adds to our value. When it comes to the holidays, I’ve let go of the fairy tale and the desire and quest for perfection. That quest only took me out of the present and kept me focused on the presents that ultimately were forgotten. Most of my Christmas’ past are a blur. A frenzied time where the present most was lost. With age, oftentimes comes wisdom that’s hard earned. This year, I’ve let go of the sleigh bells and the visions of sugar plums. I’ve let go of the compulsion for perfection and the facade that represents it. I’m being open and honest about the mixed emotions that surge from deep within and I let them be. I let me be. I sense there will always be a little girl within who’s still waiting for Santa Claus. And, this year, I’ll sit with her. I’ll hold her and let her know it’s ok. This year, I’ll listen to her…really listen. This year, my presence will be her present. May the true magic of the Christmas season be with you! 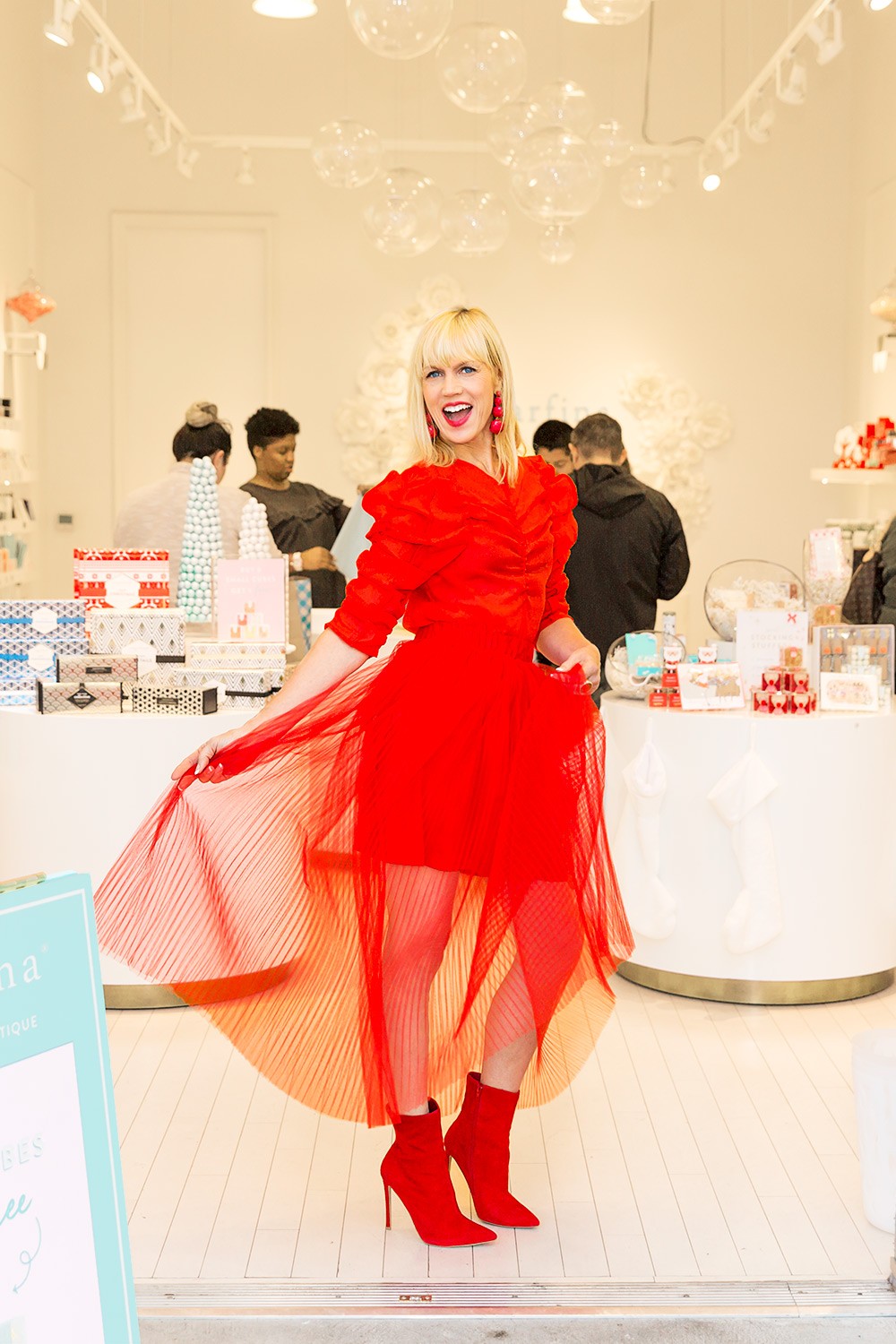 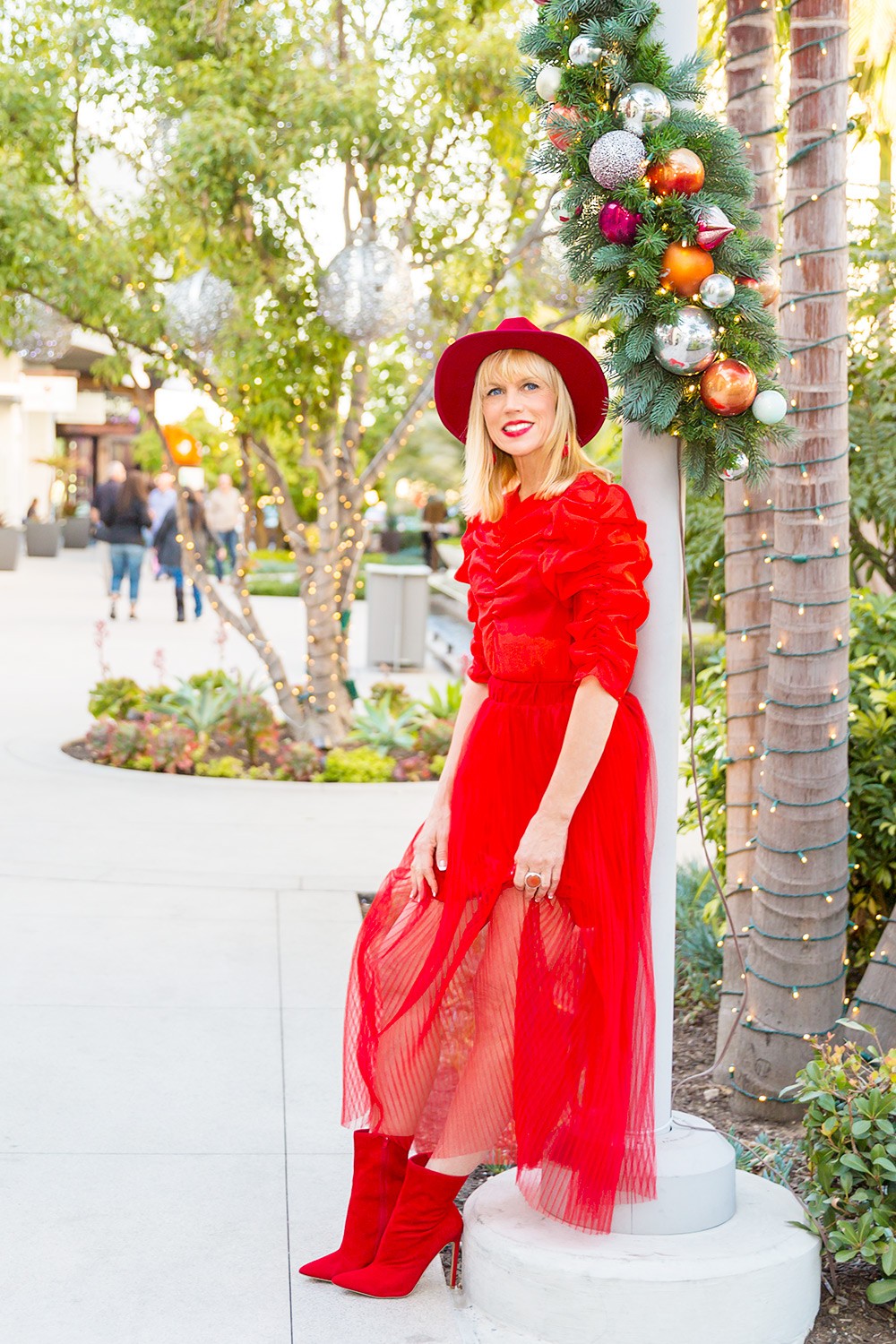 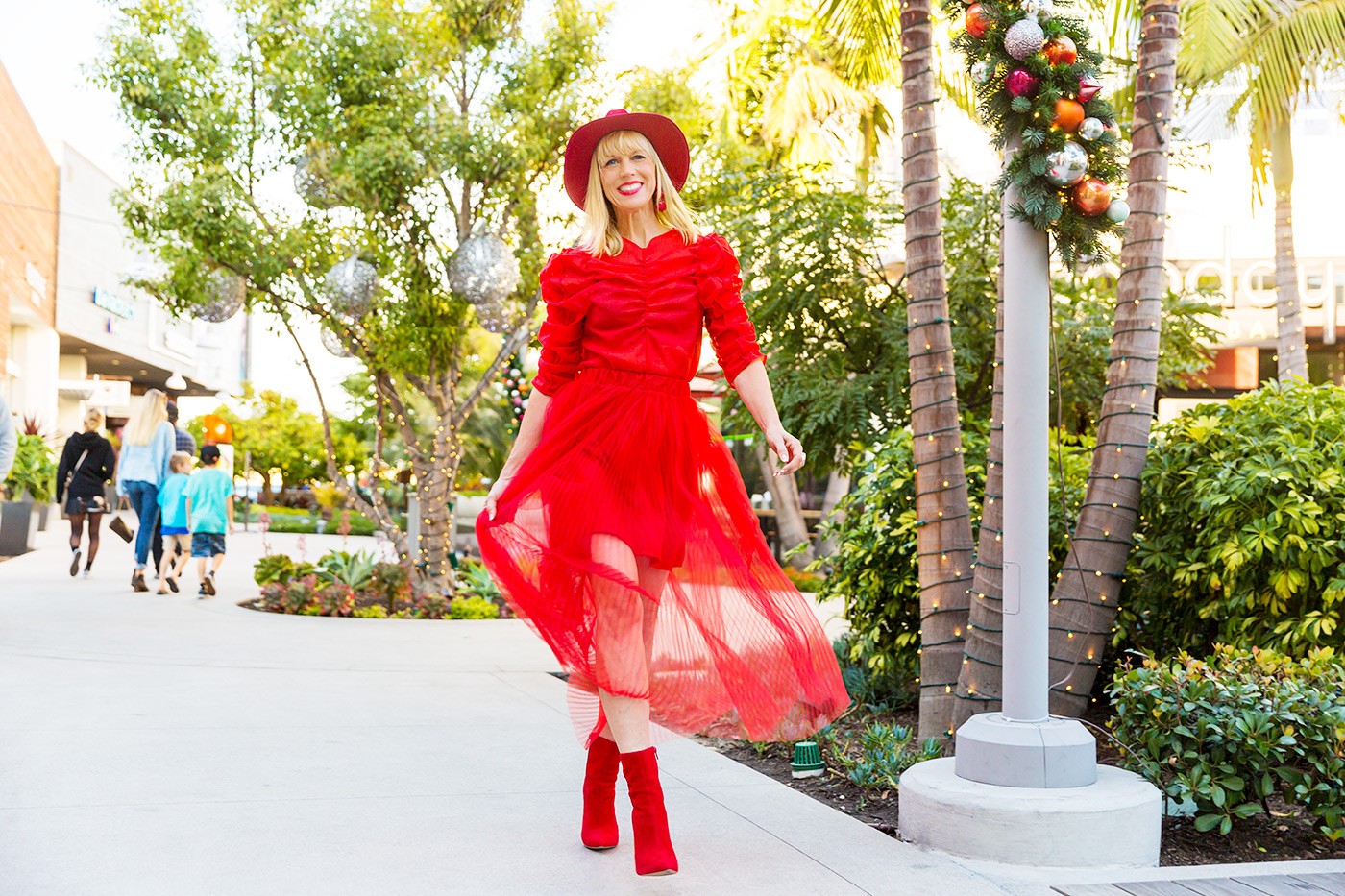 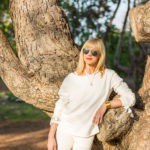 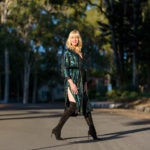 Thank you for this post. It was beautiful. Perfect is boring! Imperfection is perfection! I truly believe that! I didn’t celebrate Christmas in my early adulthood and I didn’t miss a thing. It’s so over commercialized and gift giving has gotten a bit out of control! I don’t want to exchange gifts – like you said be present, listening, learning and loving each other is the greatest gift! Love yourself and others! Love is the answer!

That’s so true isn’t it. I wish I knew then what I knew now!

What a wonderful post Catherine. You are always authentic, honest and real. You teach others through your experiences, wisdom and ability to communicate in a way that touches us all. Merry Christmas beautiful. You are one true shining star.

Thank you, my beautiful friend. This was definitely a different kind of holiday. A far more introspective one for sure.

Shelbee on the Edge

I, too, have given up on the facade and am slowly pulling away from the commercialism in an attempt to appreciate all that we do have rather than striving for what others may have. Time with family and friends and just being present and grateful is where I need to be right now. Not clinging to far fetched pictures of what was or should be, this new outlook on the holidays has made me a much happier person. Thank you for your wonderful insight and wisdom, Catherine. And thank you for sharing your reality and authenticity with us all. Many blessings to you!

Isn’t that the beautiful wisdom that Midlife teaches us! Thank you for being so vulnerable and courageous.

I always let perfection be the enemy of good and I never have a problem said no woman ever. Sometimes, even being aware doesn’t stop the feelings of “less than” and therefore the need to be “perfect”. It’s a lonely place, unless someone steps forward and admits the ugly truth. You, my beautiful friend, are not alone. Thank you for putting your thoughts into words.

So true as you know it’s a process, my beautiful friend. And, you are beautiful inside and out!

I know what you mean. Christmas was magical as a child. I tried to cling to it as an adult, but it was illusive. I was able to recapture it somewhat when I had children, but it was by me, seen and felt through them, not me. So it wasn’t the same. Where is Christmas? Then grandchildren came. And the excitement of anticipating the return of the magic was dashed with trying to find those perfect gifts and families split, rushing about from home to home, sharing only a portion of the holiday with stressed out loved ones. Fractured. Where is Christmas? And now, suddenly, in my senior years, I’ve come to realize that the magic of Christmas, as with peace and happiness, is not something to be created or bought or put out on display only once a year, but can be found within us, 365 days a year. It is love and forgiveness and giving and sharing all year round. It resides within all the little things, the wonder of nature, the daily events of life, and opportunities for simple interactions and acts of kindness, that we tend to overlook and take so for granted. And so now, with the untainted innocence of the little girl within, I celebrate the spirit of Christmas every day all year with little need to give much preparation for it in December. Oh, I get out the Natvity set and purchase a few things for the wee ones, in my leisure. But mostly I just revel in others’ seasonal display of good will, like I did as a child. They are like gifts to me now as they were then. And what do I give? Myself. Not just during the season, but all year round. For what are we really celebrating? The birth of a child who grew up to give His life for everyone. Where is Christmas? In every fiber of my being, it’s magic re-found and unleashed from the receptacle of my heart.

Thank you, Deedee for sharing so open and authentically. I sense it’s difficult for most given the pressure of our culture and the ongoing quest for perfection and keeping up a facade. Being real takes courage and I’m grateful for yours. Thank for for reading and being so honest about your feelings. I do believe with age comes wisdom. I tried desperately to create the perfect Christmas for my children as I never had one growing up. I realized that I always missed the true meaning and got so caught up creating the ideal scene for them. They didn’t need a million gifts in the end. They just needed me to be present and at peace. I’m working on that now and it is a work in progress. Wishing you a blessed holiday season! Catherine

It’s true how our definition of perfect Christmas can change. And even when you do love your family, it can be quite crazy and annoying (and I’m sure they feel the same way about me…ha ha)
Merry Christmas and much love
OXOX
Jodie
http://www.jtouchofstyle.com

That is true my dear friend. Wishing you a blessed holiday! See you in the new year!

FacebookTwitterInstagrampinterestBloglovinYoutubeLinkedin
Search
MOXIE ON MONDAY: Searching My Heart Amidst Racism

“Style is so much more than fashion. Style is th