Cleaning Up the Mess! – Moxie On Monday 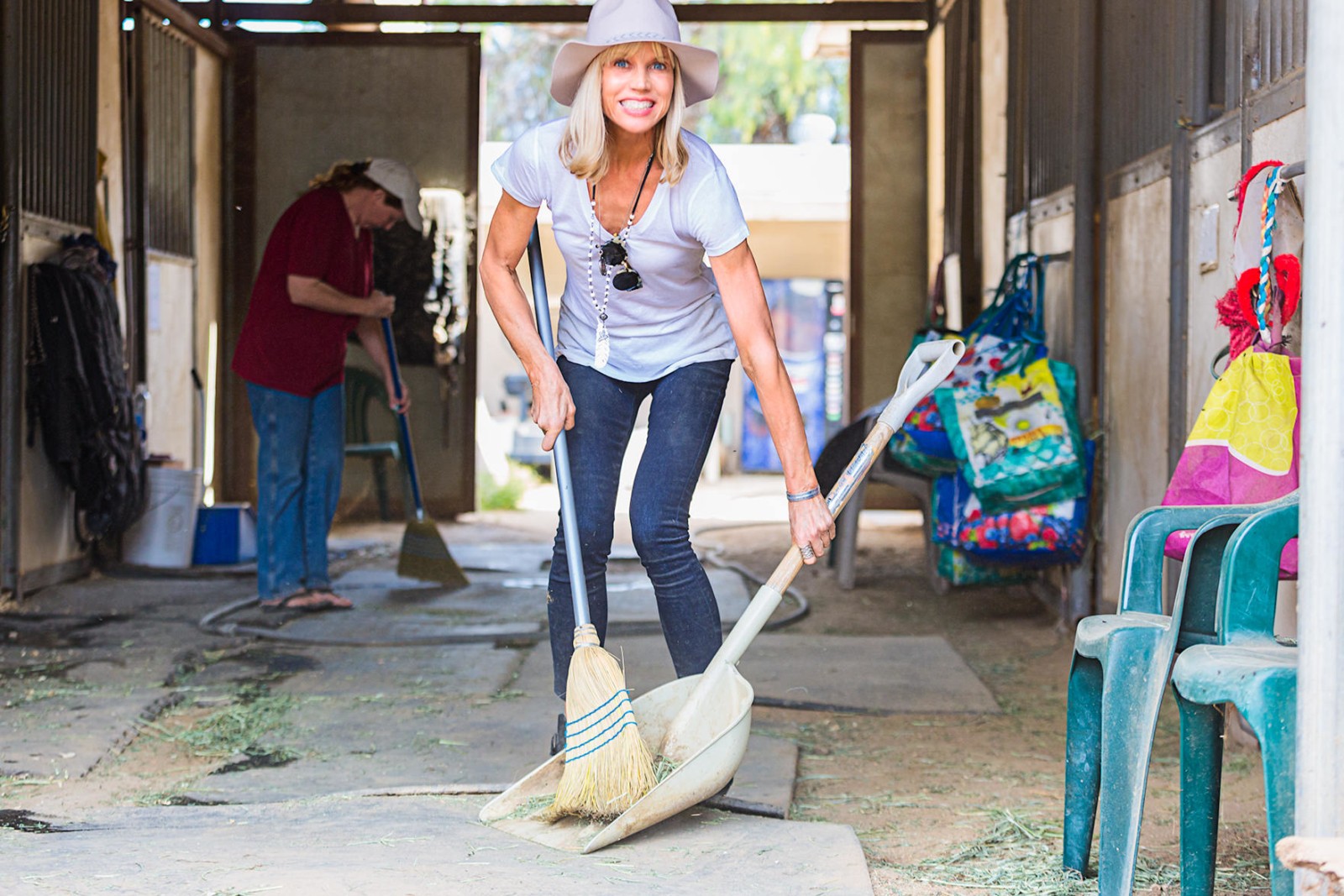 “If you’ve made a mess, just start somewhere.” – Brittany Wagner, Last Chance U

I’ve never been one to spend my evenings with my feet up, watching Netflix while munching bowls of buttery, salted popcorn along with a chilled glass of Rivahil chardonnay. I was always going, going, going – doing, doing, and more doing. Yet, the beauty of Midlife lies in the process of reinvention and rewiring. Part of Midlife Moxie is having fun changing patterns, beliefs and behaviors.

As long as I’m busting global paradigms on Ageism, I might as well change all kinds of patterns in my life. I’m slowing down in many ways, not due to getting older, but getting wiser. Many of my evenings are now spent cozied up on the sofa, entertained by everything from Stranger Things and Bosch to Justified and Hell on Wheels. That’s an enormous paradigm shift for someone raised on the Brady Bunch who took a 15 year break from watching anything on TV outside of The Food Network! Heck, the last series I binge watched was Friday Night Lights well over 12 years ago!

Documentaries and stories about the human struggle have always  made my heart sing. I was going through a bit of a Stranger Things withdrawal this past week. (I can’t believe I said that!) Talk about shifting paradigms as I resisted watching that show FOREVER! I decided to surf through the documentaries when “Last Chance U” popped up. I watched the first season awhile ago and decided it was just the diversion and inspiration I needed at the moment.

It’s the heartwarming/heart wrenching story of a junior college in the heart of Eastern Mississippi. The documentary follows a junior college football team, a group of misfits that have made some big mistakes in life and are looking over the edge of the abyss at their last chance at redemption. Many of these kids faced traumatic childhoods and crushing poverty and simply have never been taught the skill sets to succeed in school. It’s maddening to see these physically gifted young men not be able take the simple responsibility of going to class and applying a modicum of effort to have a chance of getting back to Division I. But they don’t know how.

The language is raw. The football is jarring and brutal. The story is captivating and compelling. The story isn’t really about football. The head coach is a foul mouth prick. His one job is to recruit talented young men that have fallen from grace and get them to straighten up and fly right. They also have to win games and a national Juco Championship … his way. It’s difficult to tell if he has any love but he’s certainly got the tough part down. And many of those young men need that. Some of those young men will turn themselves around and get their second chance. Many will not.

One of the most popular breakout stars of Last Chance U is Brittany Wagner, the school’s academic adviser. She’s beloved by absolutely everyone, including yours truly. She’s also full of Moxie! So full, in fact, that it’s just been announced that Courtney Cox is going to play her in a drama-dey series!

Her days are spent encouraging these young men who’ve grown up amidst immense adversity, to do what’s necessary to change their lives. She was working with a young man who had made some devastating choices in his life, choices he felt had left his life a mess.  It was a mess only he could clean up. Except for one thing – he didn’t know how to clean it up. He was clearly frustrated and feeling overwhelmed. Brittany looked at him and said, “If you’ve made a mess, just start somewhere.”

By the time we’ve hit Midlife, it’s likely we’re going to have some messes to clean up. Life is messy. It’s meant to be. We’re born without a guidebook. We’re just imperfect little humans, spiritual beings in the midst of a human experience, doing the best we can.

Many of us wake up at Midlife only to peer under the hood and find some things that are in need of repair. That’s ok. Moxie is like a tune up for the soul!

Sure, we can choose to sweep the mess under the rug or continue to pretend our mess doesn’t exist. We can tie our mess up in a pretty box with a beautiful bow but that doesn’t change the mess. Or, we can face the mess and begin to clean things up, little by little. In other words, we have the opportunity to transform the mess – to alchemize our mistakes into lessons which, in turn, becomes wisdom. No one became wise without coming through some challenges and failing lots of times before succeeding.

Cleaning up the mess happens by taking the first step:

You may find Step 1 to be the hardest. I know I have. We can’t change unless we are honest that’s there’s something in our lives that needs changing. We can’t clean up a mess if we don’t admit there’s a mess to clean up. Many of us spend of our lives getting caught up in number two – the beating ourselves up part. That was certainly my story. As humans, particularly as women, we’re programmed to think there’s something wrong with us. I assure you, there isn’t!

By Midlife, we’ve built up a lot of layers and defenses. We wear our shields as proud badges of honor, hiding behind perfect facades before they begin to crumble and fall.

No mess can withstand a Midlife woman full of Moxie.

Is there a mess you’re ready to clean up?

Let me know in the comments, sister…

We’re in this together! 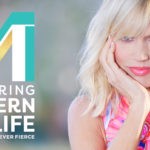 The End of Silence – All New Mastering Modern Midlife Show/Podcast! 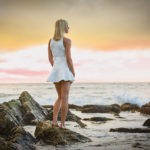 Assume Everyone is Struggling – A Call For a Conversation – Capturing Grace

It’s posts like this and the group that you started, that give me the courage to clean up the messes in my life. What I’m working on is getting rid of shame and becoming a more confident women in mid life. Thank you for sharing your very inspirational posts. I will continue to follow, and am sharing to FB.

Thank you so much sister. I’m grateful to you. It’s women like you, my Fierce sisters, that give me the courage to be raw and real. Sending you my love!

This is such an important topic. I spent a good portion of my life trying to hide missteps I made in younger years. I was embarrassed and ashamed by failed marriages, not having the requisite 2.5 children, not graduating from college … the list goes on and on. I wasted so much time trying to hide these things from others for fear of what they’d think and how they’d judge me. This held me back from truly living my life and now that I’m mid-50’s I’m determined that it will no more. That’s easier said than done. When I hear successful influencers talk about knowing your ‘why’ for being on Instagram, or any social media, a big part of mine is pushing myself to move on from the past and embrace the future. To be honest, not only with myself but with everyone, without fear of judgement and to be ok that some people will judge, some won’t like me … and so what! In addition to being honest in my own musings I’m determined to comment honestly on others posts, particularly when they touch me in the way yours often do, as a means of practicing truth and being real. Thanks, as always, for bringing important subject matter to the forefront and allowing us the opportunity to evaluate what it means in our own life circumstances. xo

Wow, Juliet, you are the essence of Fierce. Thank you for sharing such raw vulnerability as I had very similar struggles throughout my life. I felt that I was deeply flawed on every level. It’s been an amazing journey to uncover the real me as you are doing with the real you. You’re in the right space…a space filled with love and compassion and judgment free. I hope you’ll join us at FierceCon. It’s like that on steroids! Talk about leaving stories behind sister! Big XO

Such a relevant post. And you know I am all about relevance sister. Messes are lessons and should be looked at as gifts. They are our own personal classrooms where we grow and step it out!

They sure are and have I had my share sister!

This post is full of wisdom. I had one huge mess of a life that manifested through the pain of a loved one. I think I had to go through all seven of the steps you mentioned in order to start working my way out of the mess. I like step seven best – rinse and repeat. Amen!

You and me both sister. I think that’s the beauty of Midlife with lots of rinse and repeating ahead as we tidy up the wake we’ve left behind to create a new one!

I have a lot of work to be done as I recently discovered the real tragedy of my grandfather’s death. He was ran over by a gang member. I am grieving all over again as he was my angel. He send me an angel in my life, my hubby. Thank you for your words and yes let’s be happy and be Moxie. All my love you.

I always appreciate your candor sister. I can’t imagine what a shock that must have been. I’ve never shared that I learned after my father died that he ran his stepfather over in a truck when he was 13 because of the abuse he had received. I had no idea until he was gone. My thoughts and prayers are with you my friend. Let’s clean up our messes together!

Wow! Catherine this is a fantastic post! I have so many messes I’m working on and baby steps is the only way I can travel right now, Ha! But I so appreciate this post because it gives us, it gives me permission to evaluate safely and actually the excitement and anticipation of being able to stamp “done” and move on with out the albatross around my neck anymore. Thank you so much for the encouragement and inspiration! By the way, I am in Stranger Things withdrawals as well!

Thank you sister. It was a favorite of mine. I have many messes I’ve cleaned up and many more to go. Let’s do it together and wait for the next season of Stranger Things. I can’t believe how hard I resisted that show. It’s wonderful.