Rainbows Are a Wink From the Universe! – Moxie On Monday 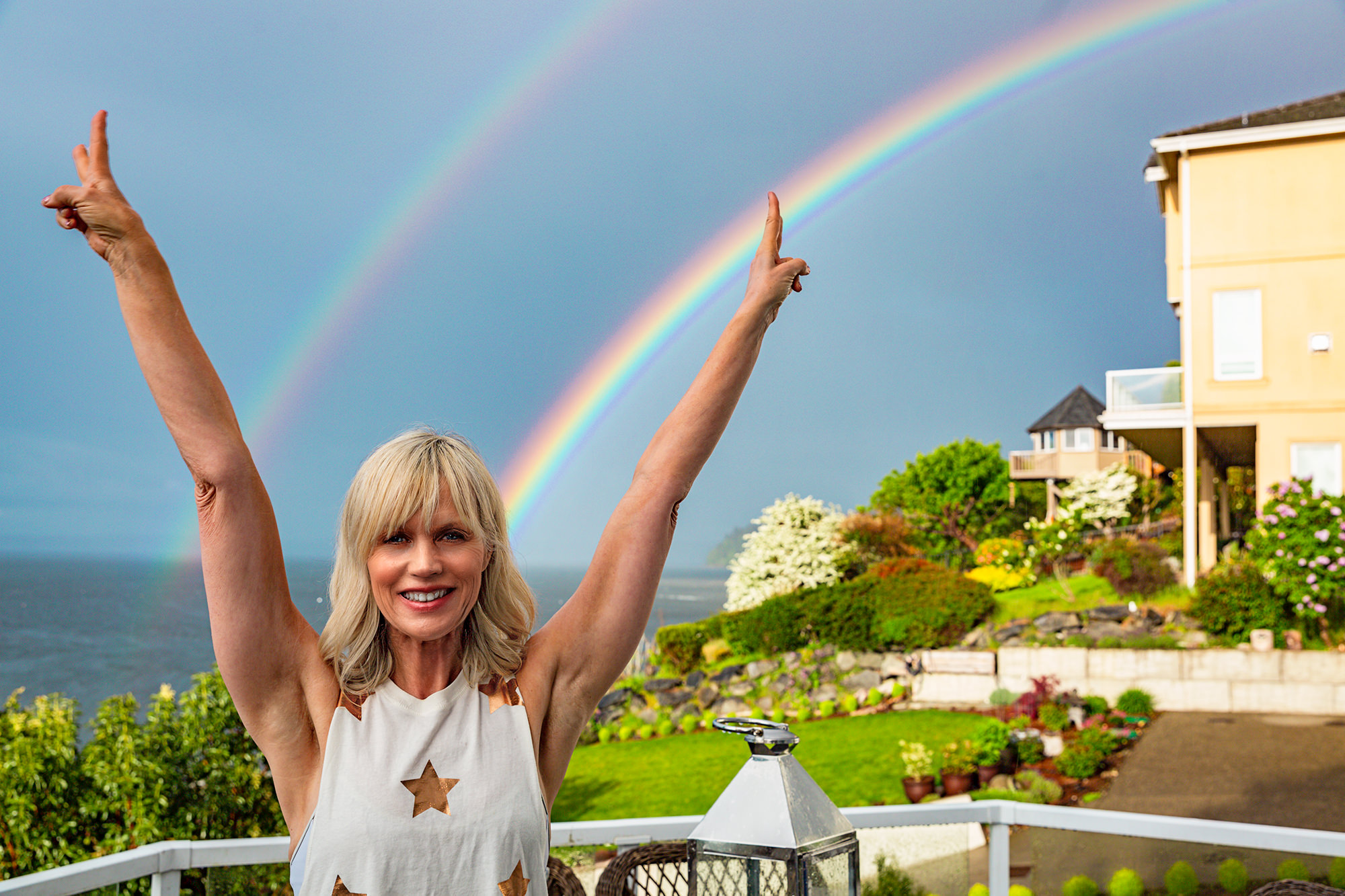 "Why are there so many songs about rainbows, and what's on the other side?”

I’ve always been fascinated by rainbows. It’s like a gigantic wink from the heavens letting you know that everything’s gonna be alright.

After 2020, a pandemic, 2021 and more crazy pandemic and weird ongoing viral mutations, we are in need of feeling alright, aren’t we?

When I made my move to the Pacific Northwest with my little cottage overlooking the magnificent Puget Sound, rainbows and double rainbows were almost a daily occurrence. Right outside my front window, I would have the good fortune to see some of the most glorious rainbows of my life. Rainbows that stretched all the way across the sound, as if touching the face of God.

A rainbow is made up of 7 colors. The order of the colors of a Rainbow are red, orange, yellow, green, blue, indigo, violet – mirroring the identical order of the color of our Chakras. How cool is that? Rainbows come loaded with all kinds of symbolism. In essence, in most cultures, a rainbow’s appearance brings with it the promise that today’s troubles are sure to pass as good things await on the horizon.

Who knows, as I believe I’ve pointed at my fair share of rainbows, always screeching like a silly young girl at the top of my voice, utterly awe-struck by this phenomenon of Mother Nature.

To me, it can feel as if a magnificent rainbow is speaking directly to my heart & soul. They fill our spirits with awe and our hearts with love. Rainbows have also been known to be an extraordinary symbol acknowledging that we are on the right track by following our heart’s desire and purpose. They are a message of hope, a sacred blessing from beyond, nudging us to follow our heart’s calling.

It took me almost 60 years to catch a glimpse of my very first double rainbow. A double rainbow is considered extra serendipitous, signaling that magic and miracles are on the way. It’s nature’s way of letting you know that the Universe is conspiring on your behalf.

Rainbows are all around us. Just like life is a bit of a mixed bag, rainy days and sunny days. It’s the combination of the two – the “good and the bad” – the light peering through the darkness, that creates the rainbow.

A life of only sunny days can be quite boring. The same can be said of a life of only rainy days. Life is made up of both. Just like the perfection of a rainbow, we need both things in our lives. The dark times help us to appreciate the lighter days. It’s the polarity, the continual dance between the light and the dark, that makes life so darn beautiful.

The next time you see a rainbow, why not see it as a giant wink from the heavens – a miraculous gift of sacred abundance – one that we can’t touch with our hands – only with our hearts?

That’s what I see. 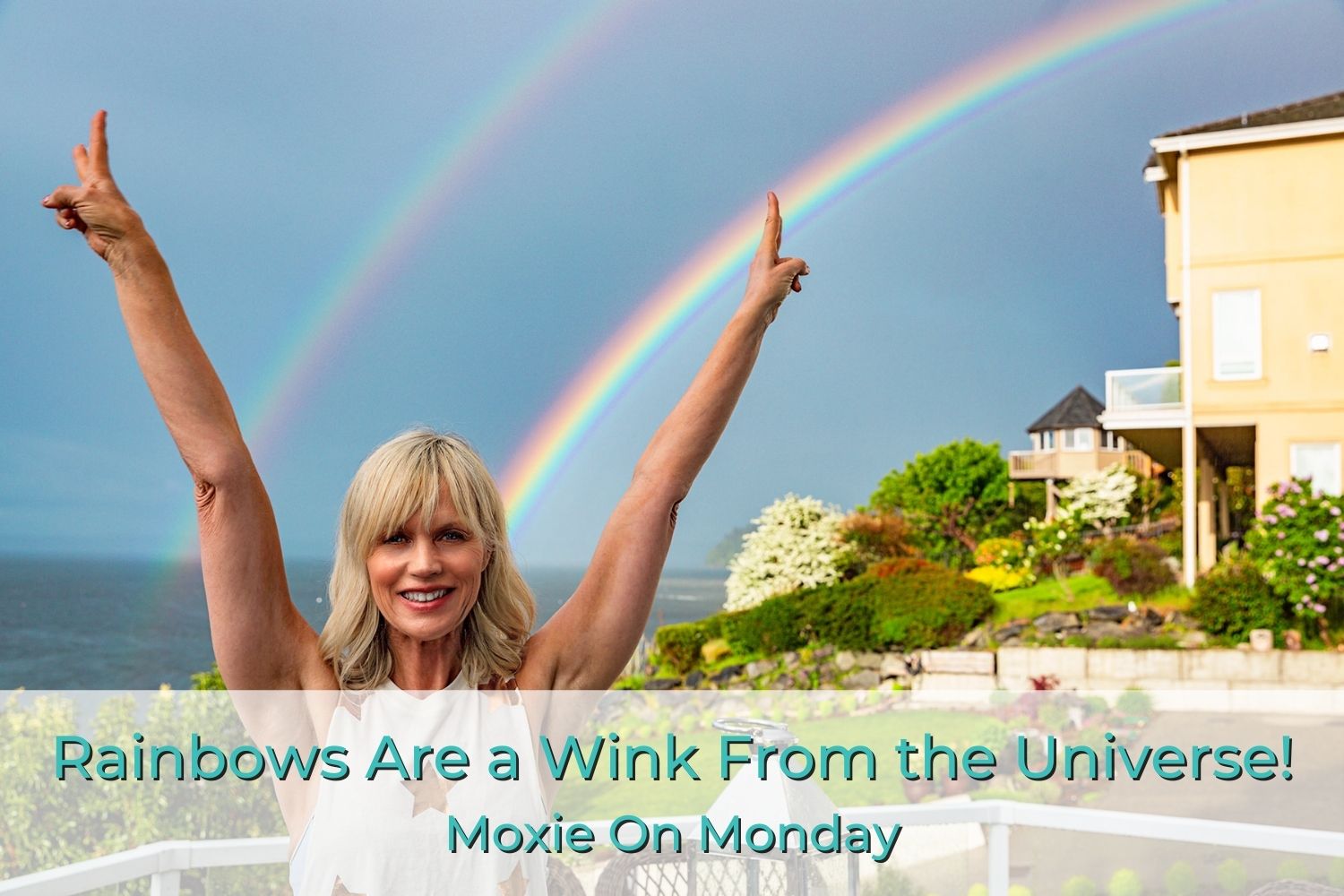 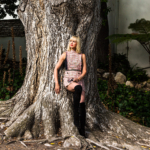 The Acorn Knows How To Be an Oak – Moxie On Monday 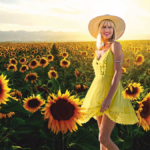 The Secret Lessons of Sunflowers! – Moxie on Monday