I Was a Lone Nut. Until She She Showed Up! – Capturing Grace 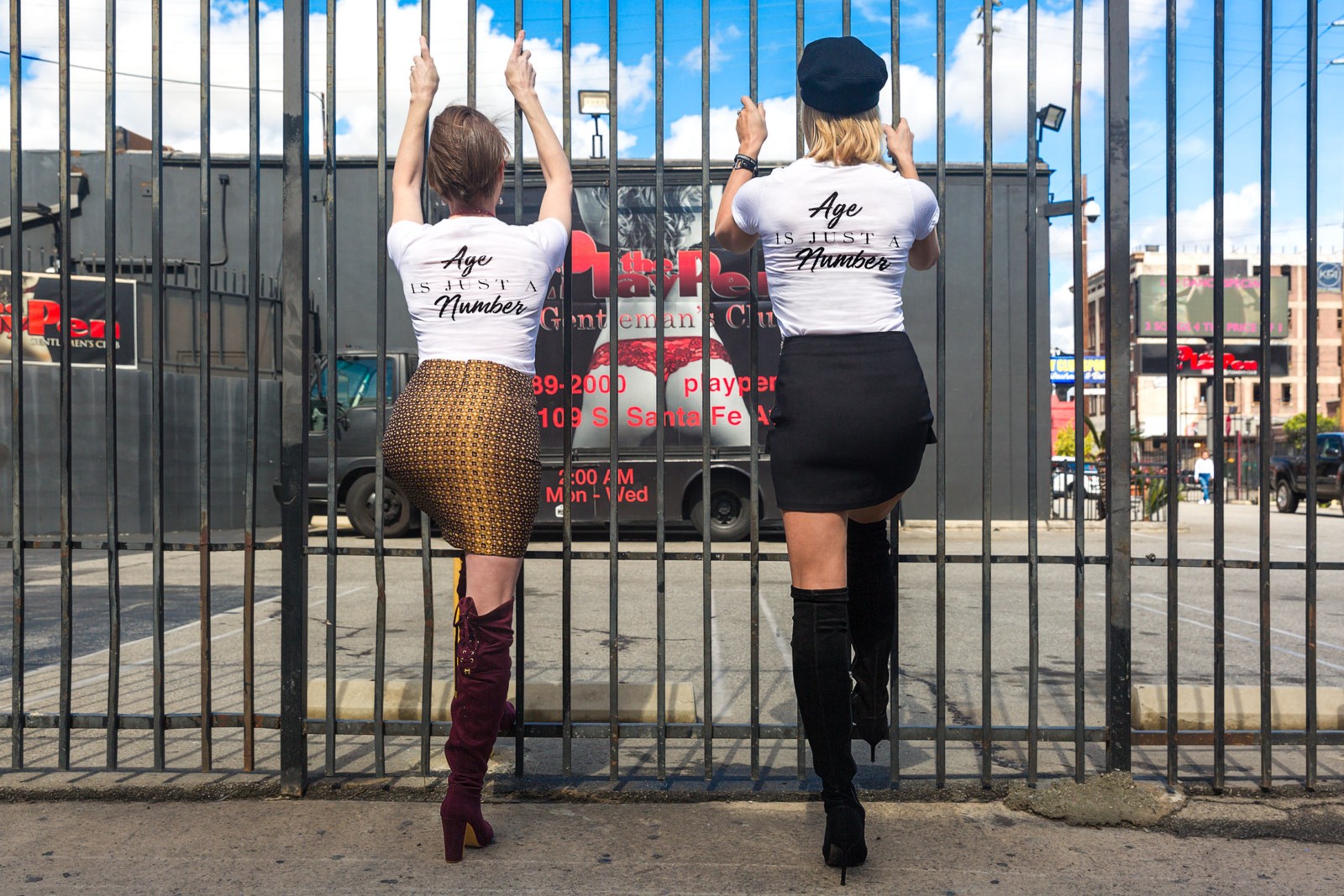 Movements start out with a Lone Nut. They dance like nobody’s watching when everybody is. Unless someone with courage stands up and dances beside them, the lone nut slinks away sheepishly and is soon forgotten. The first follower is the difference between between a nut … and a movement.

I was a Lone Nut. I was worried I’d fail. My validation came in the form of a Sister that I always wished I had. She stood up and danced with me, hasn’t stopped, and has been by my side ever since! She danced so fiercely that thousands of women at Midlife & Beyond joyfully joined the party.

Jodie Filogomo has been my rock and my Fierce Sister. Without Jodie, none of this would be possible: Not Forever Fierce and not FierceCon. That’s the truth.

Did you know a movement isn’t possible to achieve alone?

In order for a movement to take place, a leader must “move” a follower to join her, stand beside her, and help her to “move” more followers to join along. In essence, it’s not the leader who begins the movement, it’s her first follower, who is a leader in her own right.

And that is Jodie Filogomo, the beautiful light and creative behind the beloved blog, JTouchofStyle. 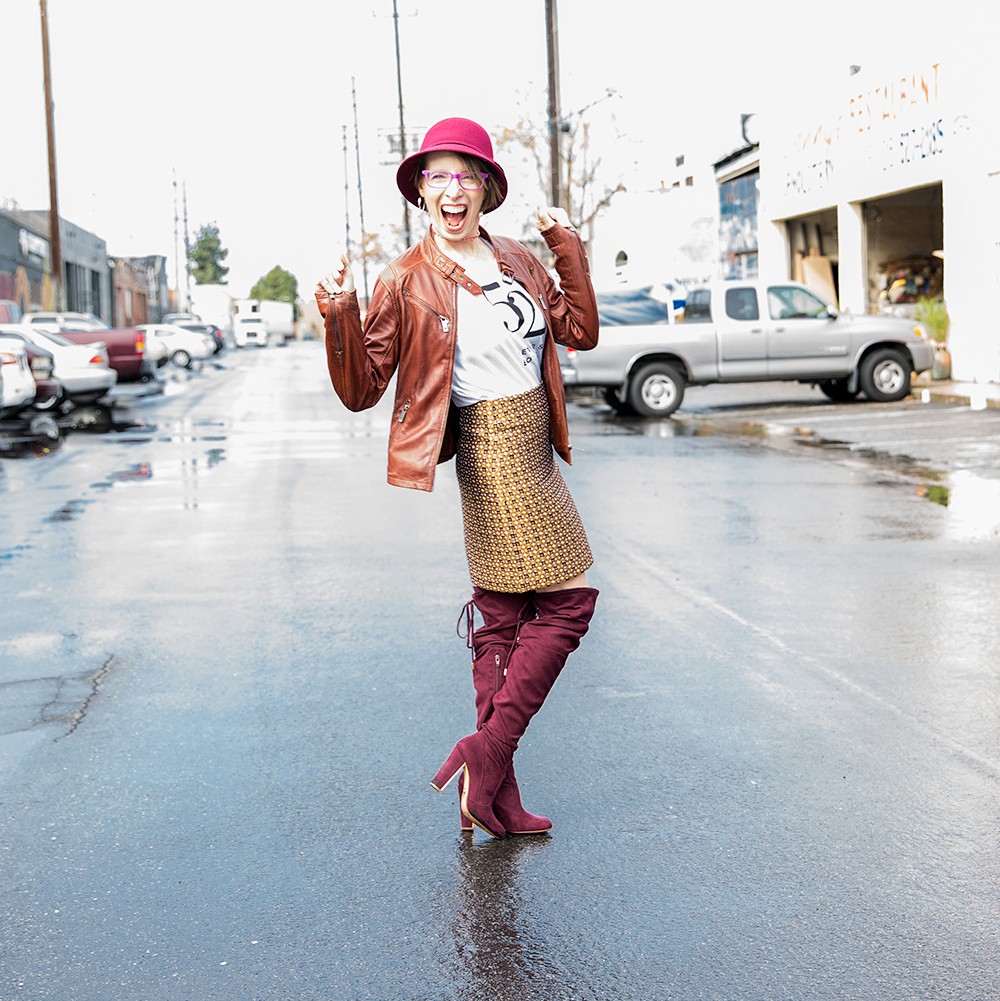 Sure, I had an idea. A bolt of inspiration was more like it. An inspiration that poured through me like liquid lightning in the midst of a yoga class just before Christmas 3 years ago. This divine moment was like a loud booming voice from the heavens with incredible clarity that quickly evolved into “The Fierce 50,” the beginning of the Forever Fierce Revolution and the first community to celebrate and support women at Midlife & Beyond.

Jodie was by my side as an active member of The Fierce 50 and my very first team member of The Forever Fierce Revolution before there ever was an official team.

It was a blustery night on a rooftop deck in the Southbay of LA. It was the first FierceCon before there ever was a FierceCon. I have to admit I was a bit behind the “8 Ball” with only weeks to prepare for a 3 day whirlwind celebration with 100 women flying in from all over the country and as far as Germany! Temperatures were dropping dangerously into the 60’s (hey, it’s Cali!), winds were kicking up, as we fired up the outdoor firepits and began putting the final touches on the decor.

Jodie was the woman first in line to lend a hand. That night, I needed all the hands I could get. I had never met Jodie in person but when I did, in that very first moment, there was an instant connection, a heartfelt bond that’s only continued to grow over time. Jodie wasn’t just a helper. Jodie jumped in with both hands and took full control! Jodie is a special one, an earth angel with a heart of gold. She and her husband Rob, who continue into their 14th year of their ongoing honeymoon, make a powerful, dynamic duo. Wherever Jodie goes, Rob is right beside her.

Jodie is the essence of Fierce and one of the kindest and most radiant hearts I’ve been privileged to call my friend. I had four brothers and always wished for a sister … Jodie’s who I would have chosen! It’s amazing what heartfelt dreams will do. I tend to dream big! I didn’t manifest one sister. I manifested thousands.

Without Jodie. None of this would be possible. I would just be a Lone Nut.

There’s a Ted video I came across that I cherish. It’s by Derek Sivers. In less than 3 minutes, you’ll understand how a movement happens. Let’s just say, I’m the dancing nut! A dancing nut, all alone, is just a nut. A dancing nut joined by another dancing nut, is the beginning of a movement.

Here we are 3 years later, having wrapped our 3rd FierceCon. How apropos that this year wrapped with our very own Anita Morris leading us in one of the most memorable FierceCon moments ever – by taking the dance floor by storm, by being the courageous “dancing nut” or, more likely, “Dancing Queen” with her formidable boogie woogie in action. Clearly, I’m no longer a dancing lone nut. I have lots of dancing nuts by my side today!

In Derek Siver’s words, “The first follower is what transforms a lone nut into a leader.” I’m so grateful I’m now a blessed and happy nut among the kindest group of women on the planet. I may be the leader of The Forever Fierce Revolution but I’ll always remember the woman who started the movement, Jodie Filogomo. And, just look at where we are today!

Jodie, I thank you for the gift of leadership in our movement. Love you Sis! Cheers Beauties! Stay Fierce … and look who’s dancing now! 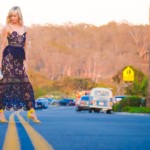 Step Out of Line Ladies – Moxie On Monday 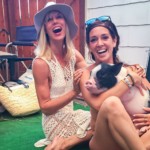 What’s In Your Thought Piggy Bank? – Moxie On Monday

Love my sisterhood and good to know your first follower, Jodie aka “cute nut.” I love the sweet energy and the community you have created is fierce and forever grateful of you and the movement.

Oh I do love our sisterhood. Lots of nuts but no longer lone ones!!!!

I adore YOU 2 NUTS! 2 nuts in a package with lots of cacao melted all over! While reading I knew you were going to share the video on how to start a movement. I could just feel it coming. I’m happy to know the beginnings of the revolution and to be a part of it!

Welcome to the nut house sister!!! The best one in the world. So happy you’re with us.

You are the sundae and Jodie is the whipped cream and cherry… and you both are the nut topping! You make this world a sweeter place! And now I want ice cream! Hah!

How darn perfect is that sister???

She is the whipped cream and cherry on top, isn’t she???

No better person to stand by your side, Catherine. Jodie is a true supporter, cheerleader, sister. The two of you created a masterpiece!

She’s such a love sister!!! So glad you two got to meet in person. She’s a forever bestie. The team is soooo excited to have you join us.

Jodie makes everything and everyone better. Period!! ❤❤❤

That’s it. Period! She sure does sister. Hows my girl??? 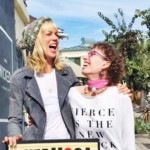 Girl!! We are definitely peas in a pod….true nuts in all sense of the word!! And you have changed me for the better more than you know!! I LOVE YOU!!
XOOX
Jodie

Two peas forever and ever. Lucky me. Grateful for you!!! And thanks to Rob for everything – sharing you and joining right in!!!