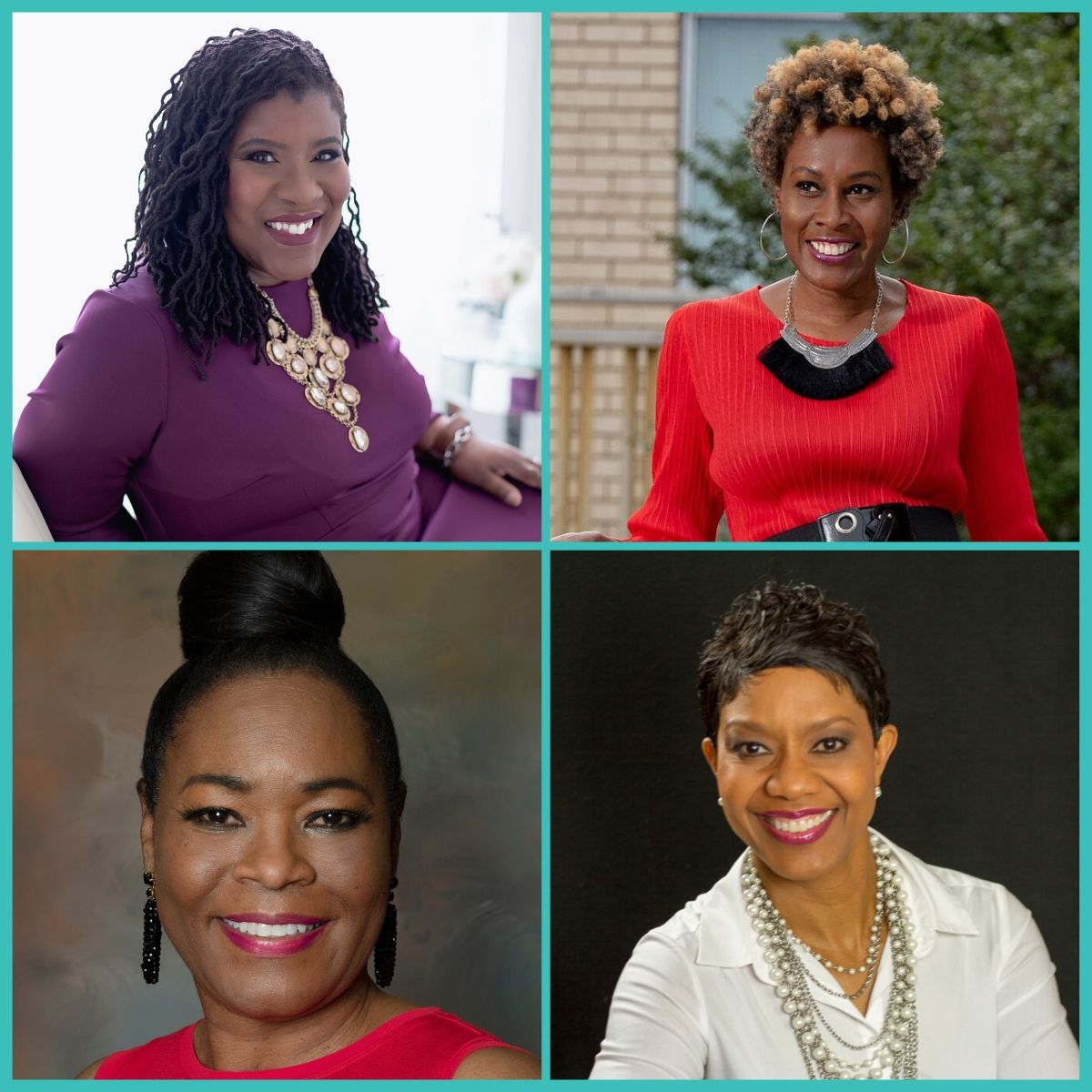 “No matter what others say and think, I’m relevant in every aspect of life. I don’t have an expiration date because I’m over the age of 50.” – Eugenia Hargrove

I’d like to shout it to the rooftops: Our Black Sisters Matter! Will you join me?

The past few months have left us shaken and hopefully, far more awakened. Beginning with a devastating pandemic followed by the horrific murder of George Floyd, the ensuing #BlackLivesMatter protests and continuing uprising, 2020 has proved itself to be a year that will leave us humans forever changed. Perhaps, we were in need of some changing. What I know for sure is that life is precious. The ultimate goal of life is to be the best humans we can be – to grow our hearts, to expand our minds and to elevate our spirits and consciousness so we leave this world a more beautiful place than when we arrived. Part of being the best humans is examining every nook and cranny of those hearts to see any judgments or prejudices we may be holding.

Another thing I know for sure is that in order for all lives to matter, Black Lives Must Matter. The core of my message reflects the core of my being. That message, one of LOVING FIERCELY,  is the essence of the Forever Fierce Community. Being Fierce is about living life with a heartfelt intensity. It’s about embodying the qualities of kindness, empathy and compassion. It’s about love as action. It’s about diversity and inclusivity. It’s about open hearts where the only thing that matters is the size of your heart. We believe in growing hearts and growing humans – KIND HUMANS.

Speaking of the size of your heart, I’m deeply honored to introduce you to 4 very special women, fierce sisters with gigantic hearts spun from pure gold. I like to think of them as The Fierce Fab 4: Dr. Carol Parker Walsh, Tamara Batsell, Anita Morris and Eugenia Hargrove. They are four of our Black sisters within The Forever Fierce Revolution Community. They are also leaders within our community – sisters with powerful voices who have given their heart and soul to our fellow sisters. They are also my dear friends. We’ve spent countless nights together from drinking wine (Cheers Beauties!) to sleepovers in my home. Some have gracefully and fiercefully hosted Forever Fierce events (Thank you, Eugenia!). Some have graced our stage at FierceCon with their empowering voices and inspiring messages, captivating their sisters while holding them in the palm of their hands. Three of these women are original members of The Fierce 50, the place where it all began.

Several weeks ago, I shared my intention for both CatherineGraceO and The Forever Fierce Revolution Community, to create a permanent space on the blog where we would honor and celebrate our Fierce Black Sisters. A space where we continue to share inspiring stories as well as resources to raise awareness and to invite our white sisters to join our beautiful black sisters in being #FierceAllies. Forever Fierce is more than a mission, it’s a way of life, a way of being. It’s a revolution from within to bust hearts open and to see each other as one. We believe that Black Lives Matter. We believe that YOU matter. We see #BlackisBeautiful in every single one of our black sisters and the black community.

Please join me in celebrating these 4 extraordinary humans, Forever Fierce Ambassadors, and kickass humans. I invite you to follow them on social media (you’ll find their links below!) and to shout them to the rooftops. A big part of our intention in Forever Fierce is to break down barriers and divisions. Racism is a division that serves no one while continuing to cause great harm. We believe in Age Positivity. We also believe in shining a positive light on our beautiful black sisters in addition to doing our part to dismantle a broken system. We invite you to join in our movement within the Forever Fierce Movement to be a Fierce Ally and share in our quest to be actively anti-racist. Please join the Revolution and let’s celebrate the Fierce Fab 4 together because Black is Beautiful and these women are radiantly beautiful to me! 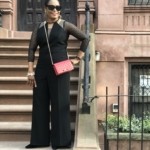 Eugenia Hargrove, Founder of Age of Grace. Of course, she had me at GRACE! Eugenia is an original member of The Fierce 50. She’s also our East Coast Forever Fierce Ambassador who has hosted some of the most beautiful events this community has ever held. I’ve had the pleasure of attending some of these events, witnessing Eugenia firmly in command. She’s definitely one of the Fiercest women I’ve ever known. She’s like a Fierce velvet hammer – Powerful and Fierce on the inside wrapped in the most beautiful, elegant and graceful presence on the outside. She reminds me of Jackie O with her classic elegance, courage and grace. One more thing you should know about this incredible human is that she celebrates every single member of the original Fierce 50 on their birthdays with a very special video. She does the same thing for our Forever Fierce team. Eugenia has a heart of gold. She’s one of the kindest humans I’ve ever met. She also happens to be drop dead gorgeous yet always humble and unassuming. She’s a Fierce sister you must get to know! 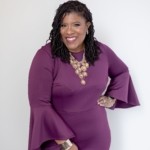 Dr. Carol Parker Walsh, Founder of Carol Parker Walsh. Carol is also a member of the original Fierce 50. She is a member of The Forbes Coaching Council and an inspirational speaker, having rocked two Ted X talks with her Fierce presence, mission and voice. Carol and I first met at the very first Forever Fierce event 3 years ago this weekend! Oh, and she also led a mean “Wobble” line dance where we did our best to boogie alongside her on the dance floor. We became fast friends and have only deepened that friendship over the years. We call one another “our sista from another mista” and we truly mean it. We’ve spent many nights staying up way too late with a bottle of wine (or two!) caught up in fierce and feisty conversation. Carol was my very first Co-host on my talk show. (Stay tuned for some exciting news on an upcoming project!) I’ve gotten to know Carol, her daughter, Maddie (I have a Maddie too!) and her entire fabulous family, including that wonderful hubby of hers who just happens to be white! She’s one of our Forever Fierce Diversity Ambassadors for a reason! Carol embraces inclusivity and diversity. She embodies the essence of Fierce in every way from her kind heart to her fearlessness in broaching any topic. She’s a Fierce sister to follow! 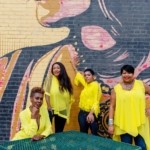 Tamara Batsell, Founder of TB Styleworks. Tamara is another one of our Forever Fierce diversity ambassadors. We bonded a long time ago in the virtual world. I had the honor of meeting this gorgeous human at the 2018 FierceCon as she flew in to be one of our inspirational speakers. She made such a splash that she returned to FierceCon 2019 as a key speaker with an empowering talk on the power of diversity, inclusion and kindness. She also joined in on a fabulous sleepover/slumber party chez Catherine last year where lots of Fierce sisters stayed up until the wee hours of the night. Tamara hosts a weekly live talk in The Forever Fierce Revolution Community called “Transparent Tuesdays” (join the Forever Fierce Revolution!) because she is the queen of transparency, authenticity and vulnerability. She’s fearless in touching any topic. She’s also fearless in life as well as her personal style. I’m fortunate to call Tamara a dear friend, a woman I trust and deeply admire. 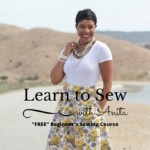 Anita Morris, Founder of Anita By Design. Oh my goodness, where do I begin with this beautiful soul? I met Anita at our very first FFR event with Carol. Anita was there with her husband, Cecil. They were with us all weekend. I’m so humbled and honored to have gotten to know Cecil before he passed away the following year. It wasn’t long after the event that Anita received the news that Cecil had a devastating and rare form of brain cancer. They fought like the fierce and faithful warriors that they are and lost the battle as Cecil is now with God. I had the privilege of deepening our friendship through those tragic times. Anita has risen like the phoenix. She is the essence of fierce and she continues to inspire us daily through the strength of her faith and her ongoing courageous way of living life full out. She also happens to be a creative genius on her blog, Anita By Design. She’s created a wildly successful YouTube presence sharing everything she’s learned as a seamstress over the years. Believe it or not, she sews every single piece she models on her blog. She’s not only drop dead gorgeous, she’s a style icon who’s a cross between Grace Kelly and Beyonce. She’s our Fierce Queen and we were fortunate to have her grace our stage at FierceCon as a speaker sharing her inspiration and deeply moving store. Oh, and she also led a wild and crazy line dance at this year’s FierceCon where we all quickly followed her lead! 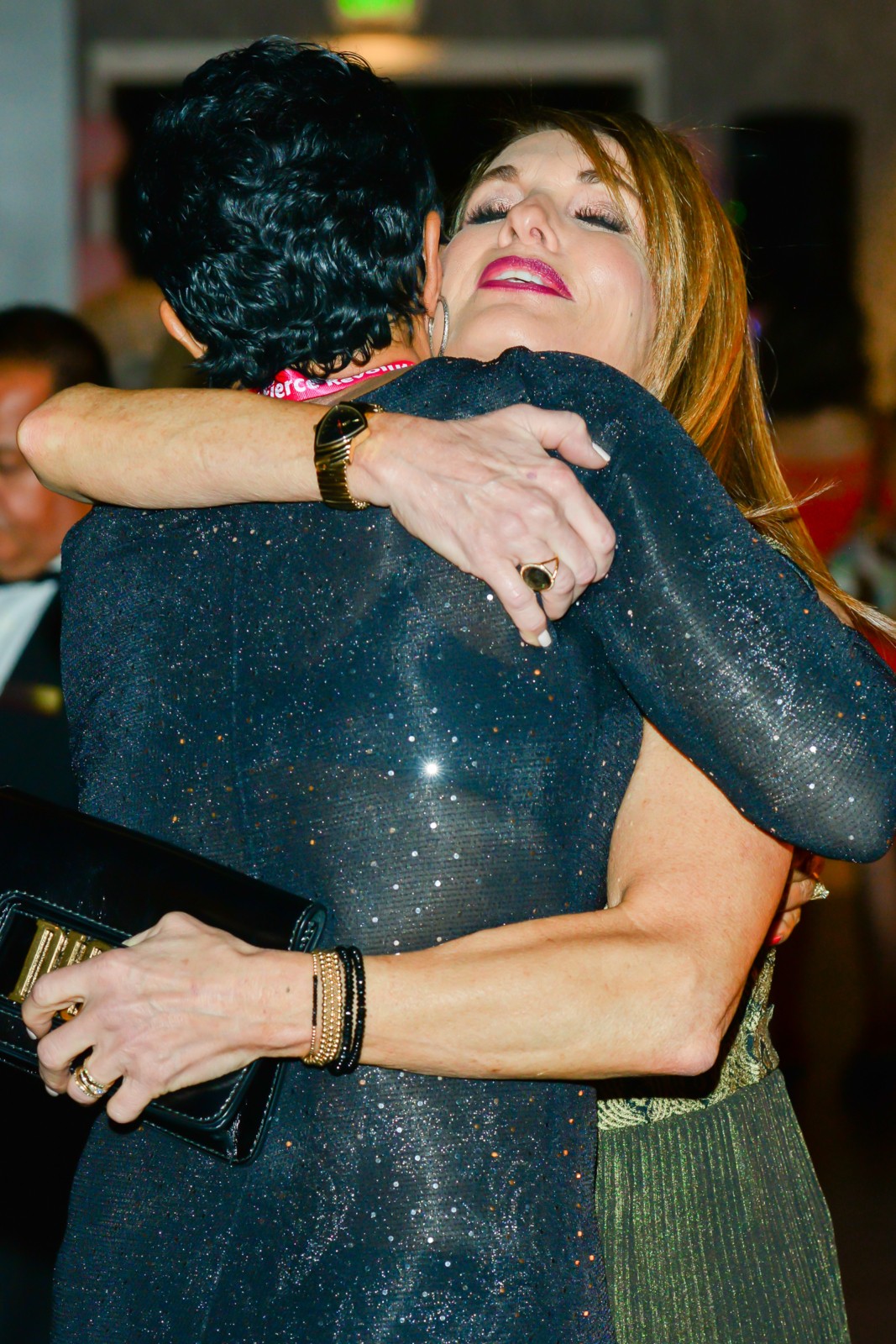 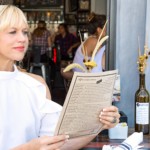 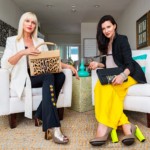 I love that you have featured these inspiring, accomplished women who each have their own unique story. I have been honored to meet them through FFR and at 2109 FierceCon. We can learn so much through them and help their voices be heard in order to support our black sisters – and brothers!

Aren’t they the most inspiring women, sister?!

All fabulous women, who I hope to know better. I’ve been to one of Eugenia’s East Coast fetes, and we were planning another one in March, which was cancelled due to the pandemic. The East Coast gang has a lot of cool ladies in it, and I look forward to spending more time with her and my local sisters whenever it becomes safe to do so again. I haven’t spent time with Carol, but enjoyed hearing her speak. Anita and Tamara were game for some parasol fun at FierceCon and I got to spend a few minutes there with them. So happy they’re all part of the Tribe With The Kind Vibe!

Eugenia is a rare gem – such a quiet yet fierce soul. I’m so glad you have had the opportunity to meet all of them and they had an opportunity to test out your gorgeous parasols!