A Woman’s Body: A Woman’s Choice – Moxie On Monday

When I began my personal mission to heal and started sharing my voice on Instagram, I became an unexpected activist in the ageism arena. You may not know that I’ve had the heart of an activist and a desire to change this crazy world since I was a young girl. I saw pain. A lot of pain. My father’s pain that ultimately became my own.

I was determined to do better. To be better. I knew on some level, I would choose differently so generations behind me would no longer have to repeat the cycle of abuse and the cycle of incest.

I could see Roe falling from miles away.

The intention of a wildly extreme right wing minority wanting to control the majority in this country has been front and center for some time. What I know for sure is that, when things go wildly right, they go wildly wrong. The same is true for the other direction. Any extreme isn’t healthy. When a ship tilts too far right, the ship hands know to run over to the left to balance the ship. And vice versa. Balance, the middle way, is the only way. I’m afraid the middle in the US is long gone.

Terrified for women who will need abortions and can’t get them.

Terrified for women who are raped.

Terrified for women who miscarry.

Terrified for our future.

You should know by now, I’ve never been one to run from fear.

I’ll run straight into the fire before running away from this fight.

The only fight I know.

Let’s be real, this won’t be easy. But, one thing I’ve learned in this crazy life, nothing worthwhile ever is.

I’ve suffered miscarriages. They were devastating.

I’ve had to terminate a pregnancy having learned my baby would die. A baby I prayed for, for ten years to have. Not choosing to do so would have cost me my life as well.

No woman wants an abortion.

It comes from being human.

It also comes, tragically, from sexual abuse, rape and incest.

Abortion is, and always will be, a heart breaking, devastating decision that no woman wishes she had to make.

No woman should be forced to carry a fetus to term for any reason whatsoever, should she not wish to.

Forcing her to do so has a different definition: Slavery.

In many states now, a woman’s lost her right to choose anything at all, including terminating a pregnancy that was forced on her by another, without her permission.

Let’s not kid ourselves. This is an attack on the poor and the underprivileged. No matter what state you live in, if you have means, you can get an abortion quietly and without others knowing. If you do not have means, you must bear being a handmaiden to the state. You may live in your body, but it’s not yours.

Today, I am asking women who share my belief that a woman’s Right to Choose is vital to use your Voice and use your Vote. I am calling on all of these women to join me and to join forces to come together and to fight the Good Fight, the fight for a woman’s sovereignty over her own body.

When we lose our personal sovereignty, we’ve lost everything.

I came close to losing everything, really EVERYTHING, and I’m not about to let some crazy right wing extremists take over our minds, our country, our courts, our Congress and a woman’s body.

Will you join me? 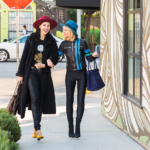 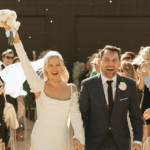 How NO Becomes YES! – Moxie On Monday