Back to the Future … Remember When? – Moxie On Monday 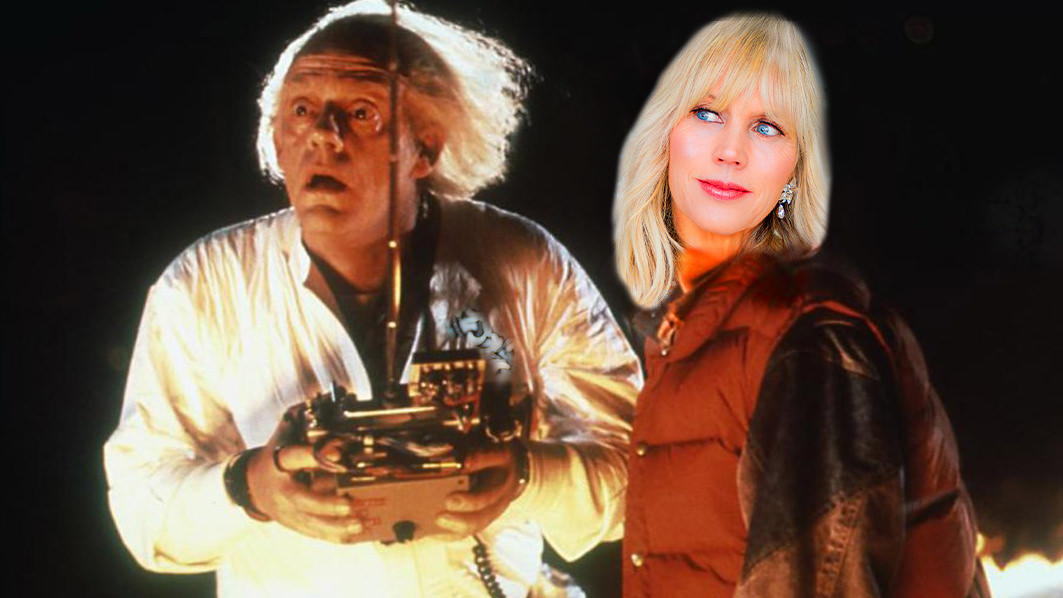 “Your future is whatever you make it, so make it a good one.” – Doc Brown, Back To The Future

Welcome! Today we are going to create our past.

Good luck with that, you say? I know what you’re thinking. That horse already left the barn.

Did you know that in this very moment, your cells are excitedly working overtime, organizing themselves, to create your future Self?

Did you also know that our brain doesn’t know the difference between reality and imagined reality – or reality created from our imagination?

What does our past and our imagination have to do with our future Self?

Sometimes, I feel as if I live in my imagination.

Fortunately, over the past couple of decades, science is proving that time spent in imagination and visualization – dreaming and scheming – is time well spent.

Many people around the world are using the Law of Attraction at this very moment to attract things they desire into their lives – everything from material things like a bigger house or more money, to a new relationship or better friendships – and just about everything in between.

Most of you know that I like to think outside the box … or, OUTSIDE THE MOX!

Have you ever thought about using this universal law along with some creative ingenuity to not only attract but to create your Future Self?

Back to “Back to the Future” …

What if I told you that you could use your past to create a very different future?

What if I also told you that it doesn’t matter if your past is really your past?

Remember when I told you that our brains don’t know the difference between imagination and reality. Our brain cells and neural pathways fire up in an identical way when you think of a situation that really happened or you imagine a situation as though it happened.

Did you know there is a “hack” or a shortcut to creating that future Self you’ve always desired – the one that lives in your heart – the one you’ve been aching to make a reality but have fallen short, up until now (remember the power of ‘up until now?’ – another ‘hack?’)

How about using those imagination skills, you know the ones you used every single day as a young child, to create a new past – one in which the Future Self you’ve been trying so hard to create – has already happened?

How on earth does that work?

Well, first of all, it doesn’t really happen on earth.

Let’s pretend that I’ve always wanted to be a top inspirational speaker.

Now, let’s pretend that I’ve also dreamed of being on a Ted Stage, giving one of the greatest Ted Talks of all time – like, Brene Brown BIG!

How do we do that?

By using an imagination technique called, “Remember When?”

You get the picture (pun very much intended!)

Now, if you really want to speed things up, you know “hack the process” a bit further and attract that imagined reality as quickly as possible … what do you do?

You throw a party! You call up some close friends, Forever Fierce Sisters, of course. You plan a Zoom Call with a group of sisters, ideally 8 total (8 is the number of infinity – a powerful number in group energy and manifestation) and play the “Remember When” game. You invite your friends to join in and add to your imagined future reality. Together, you create your future by pretending your future has already happened. It helps to stir up a lot of positive energy and emotion, to envision every single colorful detail of your future Self along with your new reality.

You’ll be amazed watching your friends begin to dream bigger for you than you could ever dream alone.

See, you really can go “Back to the Future.”

Cheers Beauties, don’t you Remember When? 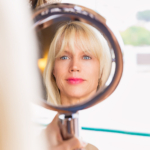 Mirror, Mirror, On the Wall – Moxie On Monday 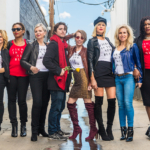 Shelbee on the Edge

Such a beautiful and inspiring post, my friend! I have struggled for a long time with manifesting the things that I thought I wanted. They never came and I realized they never came because it was never really what I wanted! Very recently, I realized how blessed my life is and that I actually do have everything that I want and I probably manifested it on my own in some way. That universal energy that connects us all is so powerful and such a useful vibe to tap into. I love this initiative of a group manifestation project! You always move me with your brilliant ideas and beautiful words!

You made me smile, beautiful Shelbee. I would love to kick off a manifestation project with you! We are in the midst of launching some things. Stay tuned for sure. I do understand what you share. There are multiple things going on with manifestation. Much of it unconscious. The key is getting our unconscious conscious so we can be in control. There is also a deeper part of ourselves that knows what’s best for us. Sometimes, we take alternate paths that may seem wrong or too challenging that ultimately bring us to where our soul is guiding us for our highest good. Sending you so much love!

Oh yes, I clearly remember. And it was/is exccellent!

So glad you remember! Happy Forever Fierce Day, sister! Can you believe it’s 4 years on Friday?

Yes!!! Count me in! I’m so ready to up my game. Last month I wrote on a grant application that my mission statement was about being the premiere UV bamboo sun parasol in the world. But….actually, I may already be there. There aren’t many bamboo parasols out there. My new mission statement is bigger than that! Am ready to manifest!!

What a beautiful vision, sister! I know I can always count on you when it comes to manifesting magic!